Why we are more sensitive to gluten today than ever!

Growing media coverage, expansion of the ranges of gluten-free products available in stores, the appearance of restaurants, bakeries, or “no gluten” pastry shops: it seems that we are more sensitive to gluten than in the past. Why today? Let’s take a general look at the historical, technological, medical, and media reasons for this development.

GLUTEN, A “RECENT” PROTEIN IN NUTRITION THROUGHOUT MAN’S HISTORY

The consumption of gluten began with the domestication of grains and the beginnings of agriculture (only) ten thousand years ago. An eternity for us but a tiny duration on the scale of human history! During those first ten thousand years or 99% of its history, the set of chromosomes and genes of humans has evolved based on food and other interactions with the environment. Indeed, the organism is capable of adaptation, but this takes infinitely more time than a generation.

The recent introduction of gluten into human food seems to come up against, in some people, insufficient immune and/or enzymatic equipment to digest it.

THE EVOLUTION OF WHEAT VARIETIES

Modern cereals have undergone a great number of genetic transformations over the past centuries, with the rise of agriculture. Of course, in addition to the mutations that occur naturally, humans have always selected varieties based on their yield and resistance.

But for several decades, modifications in the set of chromosomes and genes of certain cereals, in particular wheat and corn, have been made using genetic techniques. It is no longer a matter of simple crosses between two plants. New cereals are born and they do not look at all like those we consumed ten thousand years ago (current wheat has 42 chromosomes against 14 for the original wheat).

In contrast, ancient grains, such as rice, quinoa, or buckwheat, have little or no genetic change. They correspond to the best-tolerated cereals from a digestive point of view.

A recent study reveals that the current amount of gluten ingested is more or less the same as 50 years ago. Thus, despite the constant decrease in the consumption of bread by the French (350g 50 years ago against 100g today), we still eat as much gluten because it is integrated as an additive in many common products:

– in bread and pastries, handcrafted or not, gluten strengthens the softness and improves storage.
– in various prepared dishes (sauces, meatballs, etc.), gluten acts as a binder and thickener.

Is this added gluten, extracted from wheat, completely identical to the gluten naturally present in cereals? This is a question that some researchers are asking. A possible modification of gluten during the extraction process would explain the rejection response of some organisms.

Celiac disease is an ancient pathology, observed as early as the 1st century in Greek medicine. However, it was not until 1950 that the link with gluten was established by a Dutch doctor. It will take many more years to better understand gluten intolerance, to remove the stubborn label of “childhood disease”, to understand its mechanisms of appearance and the risks for the patient. The first medical diagnostic tests date from early 2000.

Since the progress of scientific knowledge, celiac disease is taught during the university training course of doctors and the latter, especially the most recently trained, are more interested in it during consultations.

Non-celiac gluten sensitivity has been identified much more recently. This pathology remains very mysterious today and a lot of research is underway to better understand and detect it.

Gluten has been talked about a lot for the past ten years. The general public is more aware and attentive; his curiosity is aroused. Even if some media offer content that is sometimes slightly erroneous on a scientific basis, most of the information conveyed today is reliable.

Several elements of our current lifestyle can weaken the immune system, and this is from the first months of life.

The first risk factor is birth by cesarean section. It deprives the baby of natural bacterial colonization by the mother’s vaginal flora, this balanced bacterial mixture which builds the child’s immune system.

Likewise, shortened or even absent breastfeeding prevents the installation of certain bacteria from the microbiota such as bifidobacteria, which are very greedy for breast milk. The richness of our microbiota is essential to ensure good digestion and effective protection against aggressors.

Frequent use of antibiotics also strains the intestinal flora. The action of these drugs is not specific: they not only destroy the bacteria that make us sick but also those that protect us.

In conclusion, it appears that our growing sensitivity to gluten is the result of several factors. Is this a fleeting trend? The way our society is currently evolving makes us think not.

At Meat & Meet, we process all our meat and our products are gluten-free. These include our sausages, chicken liver pâté, and all our cold cuts and deli meat.

It’s sometimes difficult to know what is gluten-free and what has gluten.

The ingredients on the Nacho Cheese Doritos don’t include any wheat products. … Doritos aren’t considered gluten-free by Frito-Lay because there’s a chance of cross-contamination with wheat during the production process.

Are Oreos Gluten-Free? Sadly, no. Oreos are not gluten-free.

KFC specializes in breaded, fried chicken, so it’s not much of a surprise that their gluten-free options are limited. Not even their grilled chicken is gluten-free and the only items available are select sides, so if you’re trying to avoid gluten this restaurant is best to skip.

Dairy products, such as 100 percent natural cheese, usually don’t contain gluten. However, gluten is sometimes added during the manufacturing of some cheeses and cheese products. Other cheeses may be modified to remove fat or salt. These may have gluten-based ingredients added back in to improve their texture or taste.

Potatoes are gluten-free. Gluten is a type of protein found in wheat, rye, barley, and other grains. Potatoes aren’t grains, they’re a type of starchy vegetable.

Heinz, which makes the most popular ketchup in the U.S., is considered gluten-free to 20 ppm. For those who are sensitive to vinegar made from gluten grains, a customer service representative from Heinz reports that its distilled vinegar is made from corn, not wheat, sources.

What about mayonnaise – is it gluten-free? Yes, in most cases mayonnaise is gluten-free. Mayonnaise or “mayo” is typically made from naturally gluten-free ingredients: eggs, oil, vinegar, lemon, and sometimes mustard/mustard seed or other spices.

KIT KAT – Wafer Bars are not gluten-free because they contain wheat.

But if you’re in the mood for something sweet and you’re not sure, you’ll be safe with the following:

Visit our market store located at Le Phare Bleu Marina and check out our gluten-free options. We can easily be accessed by car or dinghy. And make sure to get our price list and sign up for our newsletter to hear about our weekly specials, recipes, locally sourced goodies, and much more. Leave your name and email below. 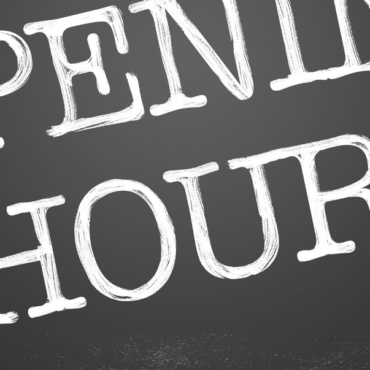 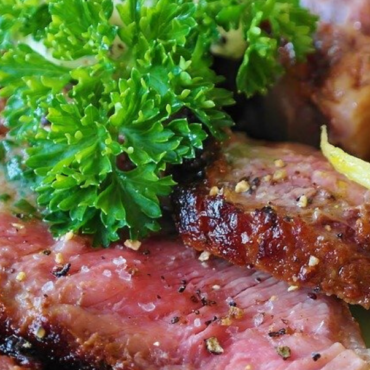 Hours of Operation: 9 am to 7 pm on Wednesday, Thursday, Friday, Saturday.