Ah, the Sugar Shack! We go there every spring without really wondering where this Quebec tradition comes from. Yet its story deserves to be passed on from generation to generation.

The sugar shack is not only a place of taste pleasures, it is also a place steeped in history. And it all started with the discovery of the delicious taste of the sap produced by maple trees, which, transformed, becomes syrup. Since then, Quebecers have never stopped perfecting the art of its manufacture. Moreover, today’s sugar shacks – although their decoration is inspired by the period – are very different from their original counterparts.

The history of maple syrup goes back a long time. Long before the arrival of the first French settlers in North America! It is said that it was the Native Americans who discovered the surprising taste of the sap that flowed from maple trees. When our French ancestors set foot on the continent, they quickly adopted this sweetening product which is now considered a luxury food in some places on the globe. Since its discovery, Quebecers have never stopped producing this delicious nectar. Moreover, the techniques have greatly evolved!

How was the syrup made?

The Amerindians had a very simple method of removing sap from maple trees. They used an ax to make a cut in the bark, then inserted a wood chip that was used to carry the sap to a container. After harvesting this sap, they turned it into syrup. To do this, the natives had developed two techniques. The first was to heat stones, then immerse them in the container of sap. The latter gradually evaporated, leaving a thicker, tasty and darker colored liquid. The second technique was to place the sap in a very cold place. Once frozen, it turned into syrup. But we had to remove the ice that formed on this syrup several nights in a row to obtain a product that was pleasant to the taste, slightly sweet and of a light color.

In 1730, a new tool appeared to help our ancestors to more easily remove sap from maple trees: the cedar wood gutter. It was not until several years later, towards the end of the 19th century, that the tin gutter appeared. And it took several more years for the famous wooden buckets hanging from the tree by a nail, which are illustrated in several works of art, especially paintings, to see the light of day. In the early 1900s, animals began to be used for sap harvesting. We swap our snowshoes for sleds pulled by dogs or horses to help us sneak through the snowy woods. In 1950, motorized means of transport were finally used by maple syrup producers. Then came innovations that will greatly facilitate their work, the pump conveying the maple water directly to the cabin in particular.

The arrival of the wooden hut

Over time, the methods of turning sap into syrup are refined. Large cast iron cauldrons have been used for decades to boil sap. They are in the open. Then, some have the idea of ​​building a shelter for syrup producers who are helpless in the face of bad weather (they cannot move away from the vats since syrup production requires constant vigilance). This is the birth of the sugar shack! The first are erected with large chimneys. Initially, they are only used for maple syrup producers. Then we invite family and friends to spend some time there. We laugh, we have fun … and we eat. So much so that these cabins become a place of gathering where we have a sweet tooth.

The largest producer in the world

We have every reason in the world to be proud of this Quebec product.

Maples are mainly found in Quebec and North America and can be found on more than 144,000 hectares. Quebec supplies 2/3 of the world’s production of maple syrup. The remaining third comes from northern Ontario and the United States, specifically New York State and Vermont.
Currently, Quebec provides 70% of world maple syrup production; the main foreign consumers are the United States, Germany and Japan.

At Meat & Meet Market we do sell and use cans of Maple Syrup imported directly from Quebec, it’s a tasty, good and healthy product. Here some details:

To keep the digestive tract in healthier shape, free from chemicals and the damage done by a high-sugar diet, maple syrup can be a much better alternative to use in baked goods, yogurt, oatmeal or smoothies. Maple syrup contains zinc and manganese in fairly high amounts, in addition to potassium and calcium.

Finally on April 4th come to visit us for the Easter Bazaar at Le Phare Bleu Marina and you will have the chance to taste some Maple Syrup pie, Maple Syrup on snow! (La Tire d’érable) and more. 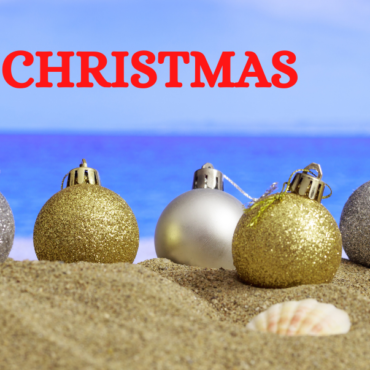