The word Christmas comes from the Latin “natalis” which means birth. It does refer to the birth of Jesus Christ. However, the feast of December 25 existed long before Christianity, when it celebrated the winter solstice. In this period when the cold often replaces the sun, this festival has warmed hearts and homes for millennia. Over the years, its meaning has evolved, from a pagan festival to a commercial festival, today it has become part of the customs of many countries, Christian or not.

The day of the winter solstice was inadvertently set December 25 by an astronomer of the day, following Julius Caesar’s calendar reforms. So the start of the seasons has been set with a delay of a few days (the winter solstice is actually December 21). Thus, December 25, was then dedicated to the celebration of the rebirth of the Sol Invictus (Undefeated Sun).

Similarities between the Sol Invictus and Jesus

Christmas then had no connection with the one we know today for Christians: the birth of Jesus (son of God for Christians). The first Christians, moreover, did not celebrate this coming into the world. It was in the 4th century AD that the wish of some Christians appeared to celebrate the birth of their messiah. Yet neither the day nor the year of Jesus’s birth is specified in Christian texts. December 25 would then have been set by Pope Liberus in 354, to celebrate the arrival of Jesus. This date therefore coincides with the Saturnalia and the feast of Sol Invictus and would have been chosen in order to supplant these pagan rites. It is also interesting to note some similarities between the feast of Sol Invictus and the choice of December 25 to celebrate the birth of Jesus, the embodiment of eternal light for Christianity, remains in accordance with the winter solstice (resurrection of the sun).

Christmas is therefore a Christian holiday. However, with the secularization of society, Christmas is a public holiday and a family and symbolic celebration. The Christmas period is marked by school holidays but also by Christmas markets which mainly offer artisanal products and which tend to develop more and more. It is common to spend December 24 with the family around a meal consisting mainly of Christmas turkey and seafood. Christmas is also synonymous with decorations, fir trees and the exchange of gifts inspired by Christian Saint Nicholas.

Christmas, which today is more associated with a Christian or family holiday than a pagan, nevertheless finds an equivalence in Judaism. Indeed, even if the Jews do not celebrate Christmas, they also have a holiday on December 25: Hanouka (or festival of lights) which is celebrated with the family. The tradition is to light a candle from an eight-branch candlestick every night of the week, it is also common to exchange a gift every day for eight days. Hanukkah is celebrated in honor of the Jews who revolted against the Greco-Syrian ruler of the time who wanted to impose the Greek religion on everyone (in the 2nd century BC); and commemorates the reconquest of the temple of Jerusalem by the Jews, desecrated by this same sovereign. The eight-branched candlestick has its origin in this victory, since it recalls the miracle that would have occurred at the time, a small vial of oil, found in the ruins of the temple in Jerusalem, would have allowed light eight days during a candlestick.

Thus, we have seen that two of the three monotheistic religions have an equivalence of the feast of Christmas. Muslims, on the other hand, do not have an equivalent celebration and are, in principle, not allowed to celebrate a non-Muslim religious holiday. Nevertheless, in France, some Muslim families celebrate Christmas all the same, especially for children. Christmas is therefore for them, a family reunion with the possible exchange of gifts.

Next week I invite you to read about different kind of Christmas menu from different country.

Drinking coffee daily can bring you many benefits! 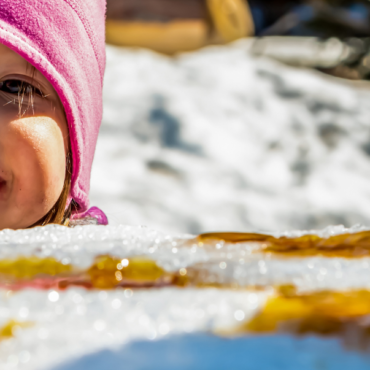